According to him, Rupandehi has 99 archaeologically important sites and Nawalparasi around 40 such places.

The ruins of the palace of the king Suddhodan, the Buddha’s father who ruled over the ancient kingdom Tilaurakot covering 34 bigahs area, is now a protected zone.

The Department has also acquired the land plots around the area belonging to the locals where it plans to carry out archaeological research.

The monuments more than 100 years old are considered as ancient monuments and the artefacts older than a century as archaeological artefacts , archaeology officer Subhadra Bhattarai said.

The latest archaeological exploration in Tilaurakot has found pieces of earthen ware, statues, silver coins and some metal artefacts. Laboratory test of these artefacts revealed the presence of human civilisation around this area dating back to 800 BC.

Artefacts from the period of the Maurya dynasty rule have also been found in Tilaurakot and other places in Kapilvastu.

Kapilvastu Municipality mayor Kiran Singh said that excavation is underway to find various evidences in line with international standard so as to have Tilaurakot also enlisted in the list of UNESCO World Heritage Sites.

The Chief Minister said that Kapilvastu district has the highest number of archeological sites as compared to other districts in the country so all should involve in its sustainable development.

He said, “There is possibility of developing Kapilvastu as the biggest tourism site of the country. So contribution can be made in country’s economy by protecting and making proper arrangement of the area.”

India-Nepal Joint Statement during the State Visit of Prime Minister of India to Nepal (May 11-12, 2018) 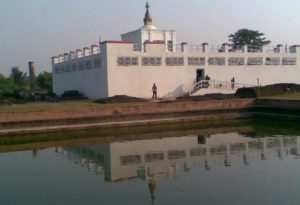 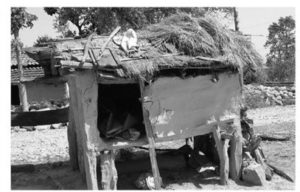 Focus on helicopter evacuations in Nepal